People and systems: a love-hate relationship 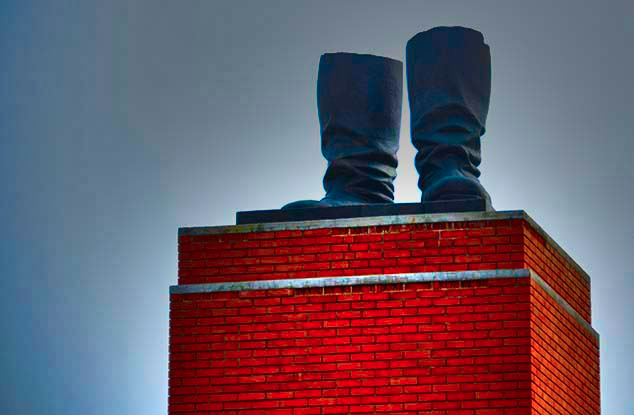 A preface As an electrical engineer I specialized myself in system engineering and control. And as a psychologist my passion is human organizing for sustainable results. As a filmmaker I will organize a private premiere of my documentary ‘A Life in Hungary‘ which shows the way a Hungarian woman deals with severe system changes. A mini seminar preceding the film will reflect on the relation between people and systems. Here some first thoughts on this subject. Your comments are welcome!

In parts of our society I see the tendency of a one-sided focus on results, measurement, control and procedures. Okay, this focus might make organizations more effective. But ‘less ‘system’ would probably make modern machine bureaucracies more effective and adaptable.

On the other hand I see some entrepreneurs struggling with their changing environment. They have to deal with more complex projects and a variety of stakeholders. These companies are forced to introduce more ‘system’: they have to prepare, calculate and plan more.

What we can learn from the 20th century is that well organized bureaucracies were crucial in building up our society. On the other side fixed ideologies and machine bureaucracies were also very ‘successful’ in breaking down parts of our society and the well being of people (Nazi Germany, communism).

People and systems: a love-hate relationship………

Picture: symbols of a system, the boots of Lenin (Memento Park in Budapest)

What do I mean by ‘people’ and what do I mean by ‘system’? Well, by ‘people’ I mean the soft stuff in organizations and society. The emotions, ambitions, motivation, passion, communication and sense making in (working) life. By ‘system’ I mean the hard stuff, the machines, the procedures, the organization structures, the IT systems. But also the fixed ideologies and ideas.

Making a ‘thing’ of ideas and ideologies philosophers call ‘reification’. It is a way to materialize our ideas and thoughts. But if we are not able to break them down when change is desired these ideas become fixed and a part of our systems. Pitfall: becoming rigid.

And what do I mean by ‘people’ and ‘human organizing’? To keep this short I offer you two concepts. The first concept is the ‘homo ludens’ of Huizinga. I think people like to play. Not only as a young boy or girl but also as an adult professional in organizations. No entrepreneurship and innovation without ‘playing’. The second concept is ‘craftsmanship’. Maybe in our times we call this ‘mastery’. People have a drive to be good at something.

Picture: craftsmanship at work (way of working in projects)

Do we organize in a human way to create enough conditions for people to play and apply their professionalism? And at the same time are we able to create systems to support this but also to stay on track and to be in control?

Back to the love-hate relationship between ‘people’ and ‘systems’. What I learned from some inspiring profit companies I work for is that they try to combine their entrepreneurship (ooohhh they really are fond of playing and craftsmanship!!) with a bit more ‘system’. But I also see the efforts of a new generation of social entrepreneurs to break down old fixed ideas, systems and habits. Their challenge is to change the bureaucracies and traditional rules of the game so people get better opportunities to more effectively play in their network of societal stakeholders. These social entrepreneurs are really passionate about this because basically their mission is to change society.

Picture: making a film to enhance quality of life in a neighborhood

In fact both groups of entrepreneurs are changing what I would call the ‘way of working’ of their organization. And developing an appropriate ‘way of working’ is not the same as doing something totally new. No, it is more fun and a bit more complex. Developing a new way of working is finding a new balance, a new balance between entrepreneurship and control. Often this needs a change in the ‘hearts and minds’ of leaders and workers as one of my clients stressed.

Picture: in the control room of a production company with my colleagues

Developing a new way of working needs deep learning in the operations of an organization, in the primary process. Research shows that a step by step approach combined with learning by doing is most effective (also see Jaap Boonstra). But try to avoid that this new balance becomes fixed and that it becomes a new ‘system’. Stay adaptive!

Postscript The mini-seminar at the start of the premiere of my documentary will deal with the tension between people and systems. An entrepreneur will tell a story about adding a bit more ‘system’ to entrepreneurship. And a social entrepreneur will tell a story about changing the ground rules in the operations of her organization. My friend from the University of Pécs will give an impression of the Stasi as an organization and system.